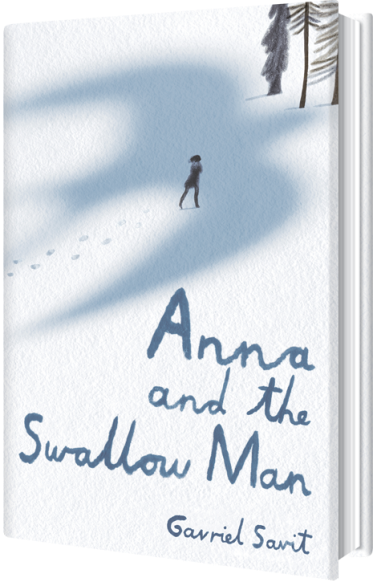 Kraków, 1939. A million marching soldiers and a thousand barking dogs. This is no place to grow up. Anna Łania is just seven years old when the Germans take her father, a linguistics professor, during their purge of intellectuals in Poland. She’s alone.

And then Anna meets the Swallow Man. He is a mystery, strange and tall, a skilled deceiver with more than a little magic up his sleeve. And when the soldiers in the streets look at him, they see what he wants them to see.

The Swallow Man is not Anna’s father—she knows that very well—but she also knows that, like her father, he’s in danger of being taken, and like her father, he has a gift for languages: Polish, Russian, German, Yiddish, even Bird. When he summons a bright, beautiful swallow down to his hand to stop her from crying, Anna is entranced. She follows him into the wilderness.

Over the course of their travels together, Anna and the Swallow Man will dodge bombs, tame soldiers, and even, despite their better judgment, make a friend. But in a world gone mad, everything can prove dangerous. Even the Swallow Man.

I received an ARC from First In Line. Thank you, First In Line! It was their pick of the month for December. (Yes, I know I am late but it is what it is.) The novel’s release date is January 26th.

Anna and the Swallow Man is a really beautiful story. It is being compared to The Book Thief, both were edited by Erin Clarke (she stated so herself in her letter to the readers). The biggest similarities are that both take place during World War II and center around a young girl.

The prose of Anna and the Swallow Man took some time to get used to. Savit is very poetic in his descriptions of the characters and the settings. There were many uses of metaphors (Wolves for the German Nazis and Bears for the Soviet Russians) that I liked. What also appealed to me was that both Anna and the Swallow Man were multi-linual. Language was a big factor in the story and one line that really stood out to me was “‘War’ is a heavy word in every language.”

I loved the characters (I loved Reb Hirschl most of all – he brought a lighter heart to the story). At times I felt fear for them, as well as hope. There was suspense, some magic, folklore, and heartbreak.

There was some mystery about the Swallow Man that is never really explained. I understand leaving some things to the reader’s imagination, especially when most of the story is told (in third person) from a child’s perspective. It was a child’s view of the adult world and a world at war, but there was a point at the very end that I wish was better explained. I was left a bit confused by the Swallow Man’s motives and plans. Also was he really searching for that almost-extinct bird or was that just a story to tell a child? And one more thing, I tried googling it, but I still don’t know why he was taking potassium iodide.

These flaws are minor and overall I was quite taken with lessons, language and magic of Anna and the Swallow Man. 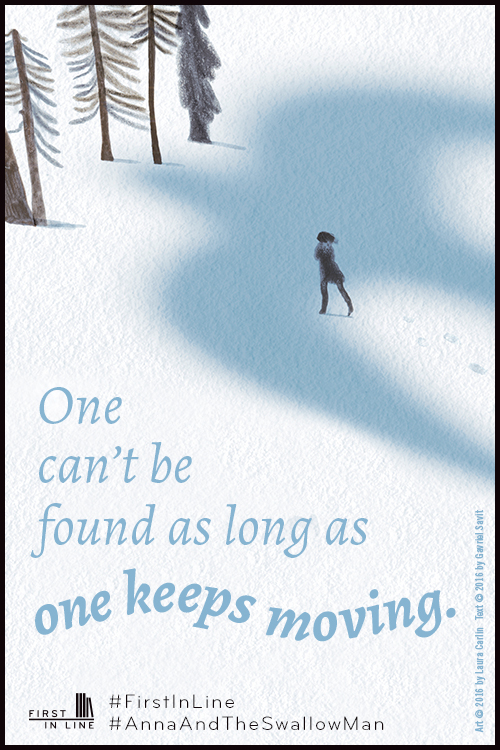 Some of my favorite quotes:

Page 9: Anna still was not certain what precisely was meant by this word “war,” but it seemed, at least in part, to be an assault on her cookie supply, and of this she simply could not approve.

Page 28: His entire existence was like a giant, silent forefinger raised to the lips of the universe. Hush.

Page 115: She would’ve said that she was sorry-she was-but her voice threatened to detonate into shrapnel if she should let it loose.

Page 139: …the bright flashes as they fired speckled the length of the bridge in the dark like tiny stars being born, living, and dying all within a moment.

Page 215: On one of their walks, he paused, retracted his steps several feet, and turned his head to a certain angle, as if, like film projector, it were replaying a memory out through his eyes and onto a very particular patch of masonry.

5 thoughts on “Anna and the Swallow Man by Gavriel Savit”